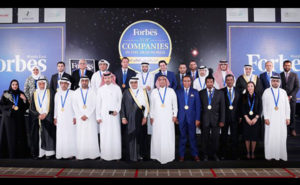 Arab companies are the beating heat behind the success of the Middle East. On June 9, 2015, Forbes Middle East honored the key businesses making waves at the ‘Top Companies in the Arab World 2015’ event.

Set in the sophisticated surroundings of The Oberoi, Dubai, this celebrated ranking recognized the best Arab companies from across sectors and industries.

Growthgate Capital has been selected as one of “Forbes’ Top Companies Making an Impact in the Arab World list of 2015“ , amongst some of its founding shareholders.

Corporate governance cannot just be an add-on
All Posts