Mr. Macki brings with him seventeen years of rich experience in Banking, Corporate Finance and Management. He started his career in 1991 with the Central Bank of Oman (CBO) in the Treasury & Investment Department. During his seven years in CBO, he was actively involved in revamping the Treasury & Investment Department from a passively managed reserve system to an active one wherein he was one of the three members of a team who managed a portfolio of US$ 3 billion earmarked for dealing in debt/fixed income securities. In 1998, Mr. Macki moved to Oman Arab Bank and was in charge of the Investment Banking Division. Apart from gaining exposure in handling Corporate Finance and structuring deals, he also managed two IPO’s successfully despite of the prevalent depressed market conditions.

Between 2001 and 2003, Mr. Macki held the position of Executive Director in Al Mawarid Securities Company in Oman, where he was responsible for spearheading the turnaround and reengineering/re-strategizing in order to re-focus the company into a new direction. In 2003, he was instrumental in making a tripartite merger with Al Mawarid Securities Co. and two other firms, the first in the history of Oman’s financial sector, which resulted in the formation of FinCorp, one of the leading investment banking firm of the country.

On formation of FinCorp, Mr. Macki assumed the responsibility of Chief Executive Officer until 2006. He managed the day-to-day business of FinCorp including administrative and executive responsibilities. However, his major role has been in managing human capital of the entire three firms post merger and ensuring the formation of successful and winning teams. His achievement in FinCorp in the last three years includes managing landmark privatization mandates like the Al Maha Marketing (the nation’s largest chain of petrol fuel distribution), Oman Flour Mills and the Omantel privatization. Mr. Macki also diligently and actively established and structured both the Asset Management team, whose activities include high net worth individuals and pension funds. This culminated in FinCorp receiving the best brokerage award from the MSM in 2003 and the best managed brokerage firm award in 2005. Further right from Mr. Macki’s tenure in CBO till date, he has also been pursuing his private and entrepreneurial businesses, which included setting up a leading consultancy firm, a web services firm and also managing his family’s trading and investments business. In 1998, he partnered and built from feasibility stage the world class Fire Services Engineering College, where he managed to turn the college from a heavy loss making business to one of profit in the 4 years of his taking over as Chairman is worthy of mention. In 2006, Mr. Macki resigned from Fincorp as a CEO but assumed the role as member of the Board of Directors until July 2008. However, in summer of 2006 he helped setting up Growthgate Capital and became a Partner of Growthgate Partners.

Mr. Macki holds a BS in Business Administration from the University of Arizona (USA). 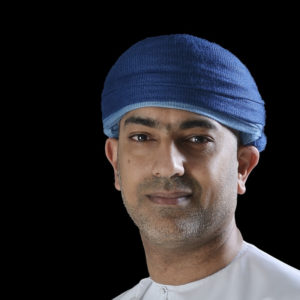