Mrs. Khoury is one of the Partners in charge of the Portfolio Management Team, in addition to overseeing Growthgate Capital’s corporate affairs, including liaising with third party advisors and authorities.

Mrs. Khoury’s career in investment banking started in 1996 with Middle East Capital Group. In 1998, she became Vice President-Project Coordinator where she was mostly in charge of coordinating transactions internally and with third parties.

Mrs. Khoury has spent eight years with HSBC Bank Middle East, Investment Banking, two of which in Beirut, Lebanon (with PrimeCorp Finance, then part of the HSBC-CCF Group) and six in Dubai, UAE. She has been Director in charge of managing transactions and overseeing their execution from origination to closing.

Mrs. Khoury was heading a team with various transactional skills, mostly involved in the execution of transactions, in addition to their involvement in pitches, proposals, sector mappings and various client presentations. She handled the client relationships throughout the execution process, as well as the selection of and interaction with, other external advisors (lawyers, auditors, industry experts, PR firms). Throughout her exposure to a variety of transactions and geographies, she has developed a solid knowledge of and experience, in the regional regulatory and legal landscape, and a network of government and other quasi-government agencies and bodies (ministries, regulators, stock exchanges, etc.).

Mrs. Khoury has contributed to the execution and closing of around 25 deals, in excess of US$5 billion in total, including landmark deals in privatizations, IPOs, M&As and others in the Gulf and the wider Middle East region.

Mrs. Khoury holds a BA in Business Administration from the Lebanese University in Beirut since 1983, and had participated in Executive Programs in Insead (2006), Singapore, and Harvard Business School in the US (2007). 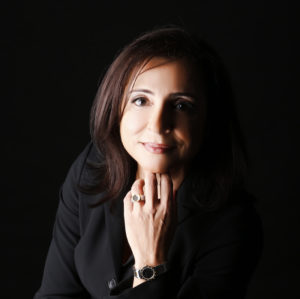